Attacks were carried out many times one after another and failure always played a role in the conquest of Byzantium City which began during the reign of Usman bin Affan and was continued by the caliph thereafter until the peak of the glory of the Ottoman Turks in the 14th century AD led by Sultan Muhammad II, known as Sultan Muhammad Al-Fatih where at that time Islamic teachings had spread to the European continent. He took over the Ottoman Empire after his father died and ruled for nearly thirty years which was characterized by a personality that combined intelligence, strength, justice and obedience to the creator. He also received help from a teacher who was always an advisor so he was able to conquer the city of Constantinople and make The center of the great Islamic civilization at that time. 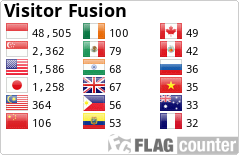